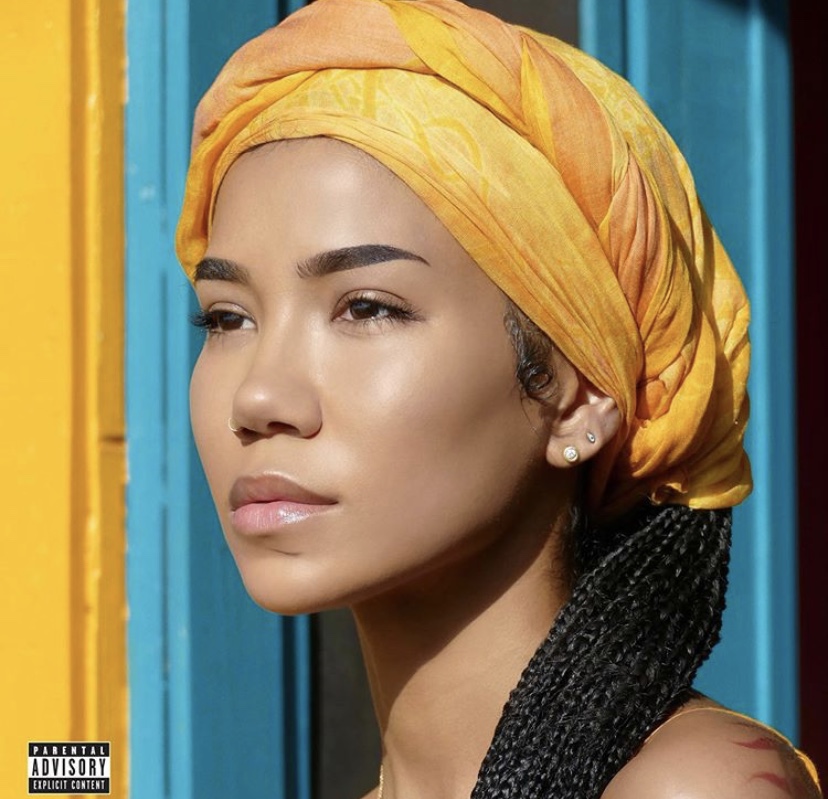 Now Jhené Aiko hasn’t been an artist who I’ve paid much attention to over the years. I’ve heard singles she’s released or I’ve heard her on some features and would say that I’m a fan of what I have heard so far but this will be the first project of hers that I will be listening to and talking about. From what I’ve heard from her in the past I am expecting a strong presence of RnB, soothing tracks, very strong vocals, and personal/emotional song writing on these tracks. Let’s get into Chilombo.

So right off the bat there is a certain sound to this album which is influenced heavy by piano and a slight baseline/ drum line which starts off in the first track “Lotus (Intro)” which is such a fantastic way to start off an album, in a way or two it reminds me of “Intro” off of 2014 Forest Hills Drive for the simplicity in the track but this will eventually lead into “Triggered (freestyle)” which is my favorite song off the album because of the way she uses her voice mainly, her vocals are non comparable to very few tracks during the rest of the album which says a lot because the vocals from Jhené are extremely strong from here to the end but this is by far one of the most enjoyable tracks for the vocals and the low key production, she rides the beat and doesn’t let it overlap on her vocals which is what a lot of singers do. “None of Your Concern (feat. Big Sean)” is another favorite of mine because it maintains that smooth and low key beat but again has those strong vocals from Jhené and also concludes with a very strong and passionate verse from Big Sean, these two have had history together and it is good to see them come together and not let their past get in the way of making great music. “B.S. (feat. H.E.R.)” continues this stride of great tracks and gives us the second feature of the album which is yet another solid feature, nothing new about this track that we haven’t heard already, low key production and great vocals, great verse from H.E.R. as well. This is off topic but if I don’t talk about the track then that means I wasn’t feeling the track and chose not to to either save time or to not acknowledge it. The next two tracks are amazing in my opinion and one of them holds some very strong features but these two tracks “P*$$Y Fairy (OTW)” & “Happiness Over Everything (H.O.E.) [feat. Future & Miguel]” were the lead singles for the album and were the main hype for the album which I see now after listening to the album where they lay with the whole mood and vibe of the music. Miguel and Future deliver such amazing features especially Future, Future isn’t a stranger to RnB and has in fact released a few of his own RnB albums so this was a nice touch from Jhené to add these two. This next track is one of the most soothing and calming track on the whole album in my opinion “One Way St. (feat. Ab-Soul)” has a very nice chorus sung by Jhené and an amazing verse from Ab-Soul, I haven’t heard anything from him in some years but it’s good to hear Ab, it’s refreshing. “Trynna Smoke” has a really unique sound to it, it’s one of the more upbeat tracks on the album and reminds me of a early 00s RnB Track because of the instrumental mainly, it holds some funk influenced sounds to give it that vintage sound to it which is amazing. I don’t really know how to feel about “LOVE” because well I think it’s a good track but there is something missing about it, I would need a few more listens to solidify my opinion on this single track but it’s good for the time being. “10k Hours (feat. Nas)” is great. Nothing totally new from Jhené on this track that we haven’t gotten yet but it’s great yes for the vocals but also for the Nas verse that was put on this track because his rapping over the very calm and subtle piano in the beat is the best, it gives me nostalgic feelings and reminds me of older Nas. “Lightning & Thunder (feat. John Legend) continues that trend of extremely soothing and borderline therapeutic tracks, another track powered by strong vocals by the both of them and the energy they bounce off of from each other is super strong and extremely infectious, one of the highlights of the album. “Magic Hour” ends this album for me for tracks that I feel we’re really good and worth talking about, this along with the final song really do a great job at ending the theme and the overall vibe, it comes to a nice and smooth close and not abrupt which is a good technique to have when it comes to albums like these because not a lot of people know how to end in a smooth transition.

Like I’ve been saying all throughout this review, these tracks are extremely meditative, soothing, relaxing, and calming, I can tell that Jhené took an extremely long time working on this album and it is very noticeable just how much work she put into it. The tracks I talked about are tracks that really stood out to me, if I didn’t talk about it then I either didn’t like it which was the case very few times but for the most part it was because I just wasn’t feeling it as much as the other tracks, still good non the less but not like the others. The features on here are all very well done and orchestrated perfectly which was a concern to me but she proved me wrong, the production is impeccable in my opinion, very low key and puts me in a calming state of mind which is hard to find sometimes with music, and the vocals are a major part of why I like this album, they are gorgeous in all ways possible Jhené gained a fan with this album. I would give this a good 8/10 rating and I would recommend this to anyone who deals with any sort of anxiety or stress because I feel that it was made to release stress and to calm people.

Thank you all for being here for another week of posts, I am very excited for this upcoming week of new music because it’ll be a very special one. See you all then but until then please like, comment, and FOLLOW THE PAGE.