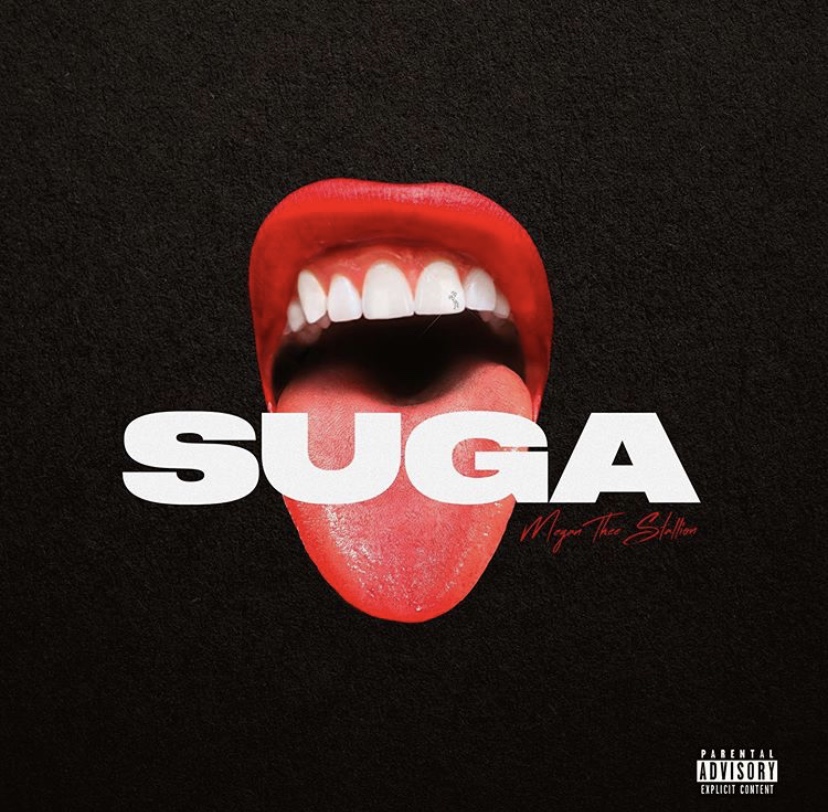 Megan Thee Stallion has had a pretty unusual blow up if you ask me, one song really did it for her. She gained a very dedicated fan base virtually over night which is amazing for her but again was pretty unusual. Although her come up made me feel this way I can’t help but appreciate the hard work she puts in and the good music she makes because for a lot of people the album Fever she put out last year was a favorite and one of the better albums of 2019, I was late to this craze but I agree with people’s opinions about Megan Thee Stallion. She is back with a brand new album titled Suga which will be my real first listen to a Megan project so let’s get into my thoughts about this album.

Now since this is a 9 track, 24 minute album It will be a shorter review because the content isn’t as large as a normal album but the content is great so let’s see where this goes. Some things that I love about Megan is her abrasiveness and her confidence because she raps with a mentality of being the best to do it, almost like a female DaBaby in a way or two, which being female in this industry is an important trait/characteristic to have if you ask me. On almost all these tracks she raps with aggression and a lot of passion about men, sex, money, and just life being Megan. Another thing that I love is that she isn’t categorized with other female rappers and what I mean is….well for example a lot of white rappers have to live with the fact that they are rapping in Eminem’s shadow and won’t surpass that level of rap, I feel the same thing applies for a lot of female rappers and Nicki Minaj, there are a lot of female artists who will never see the success like Nicki has and ultimately will end up living in her shadow but I feel that this doesn’t apply to Megan, her blow up was super quick and she is respected a lot by people of all races, genders, and ages, this is my opinion and my view on her career. This is what I mean by she isn’t categorized, she doesn’t fall into the category of being compared to Nicki or other greats because she kind of does her own thing with her music and doesn’t try to be like the greats above her.

The intro track really sets the tone for the whole album in the sense that the album has parts of it being narcissistic fueled, abrasive toned, and charismatic, nothing crazy about the intro track but it is a good Megan track, nothing I haven’t heard before or nothing that surprises me. The next track “Savage” is one of my favorite because of her flow, the beat, the rhyme pattern, etc. the beat is really weird but fits her almost perfectly, the hook is contagious and super catchy, I love this track and everything that it talks about. “Captain Hook” sounds a lot like “Cash Sh*t (feat. DaBaby)”, this is actually produced by the same person which makes a lot of sense but the thing that could have been prevented is the similarities in the flows but I’m not complaining, still a really good and interesting track if you ask me. The next track “Hit My Phone (feat. Kehlani)” is another favorite of mine because the whole best sounds like something that would come out of a 90s-00s RnB album, and the feature is absolutely lovely, Kehlani’s vocals on the hook are gorgeous and infectious, something I could never get tired of no matter how much I listen to it. The rapping from Megan is on par with the vocals, they both compliment each other greatly but this is definitely one of the highlights of the album. The lead single of the album which is “B.I.T.C.H.” tells a really good and personal story of basically the things men do to women and how they deal with it like cheating, lying, secret keeping, etc. and how women react from it and why they react the way they do, she had an interview where she explained more of this and claimed that it’s men who make women “crazy” which I agree with a lot, the message affects a lot of people and has a lot of potential to support a lot of women who feel like victims of these topics. It’s also a really good track and a highlight of the album. “Rich” is another track that has that charismatic feel to it, it is one of the shorter tracks on the album and doesn’t have a whole lot to it besides that it has a good energy behind it. “Stop Playing (feat. Gunna)” is the last song that I genuinely like on this album and at first I didn’t really like it all that much but all in all it’s really low key and has a real low key gunna verse which isn’t bad at all it really fits in well with the production style she chose on this track. The last two songs aren’t that good in my opinion because I think she does well on her own and doesn’t need a whole lot of auto tune which is what did it for me to be honest. This album is really good but wasn’t promoted as much as Fever was which is bad because I feel that she is missing out on a lot of streams and money at the end of the day because of the lack of hype that was brought to the album before the release.

Like I said, this is a good album that’s full of bangers and a few meaningful tracks, the first 7 are really good and make this album genuinely good for me but I will rate it as a 7/10 or possibly a 8/10, there is a lot of good content but not a lot of substance and the difference is that the content is high in energy and emotion but the amount of content isn’t as high as I wish I could be. I wish this album was longer, more hyped up, and taken a little more serious but with her label situation going on right now I understand why it isn’t bigger than how it should be and I appreciate it for what it is.

Thank you all for being back here for another week of posts, this week has been a good week so far and will finish tomorrow with another review from someone that I haven’t really listened to that often in my life but it’ll be great. As always, if you liked the post then go ahead and follow the page because all these posts are amazing and consistent. See you all next week for more content.