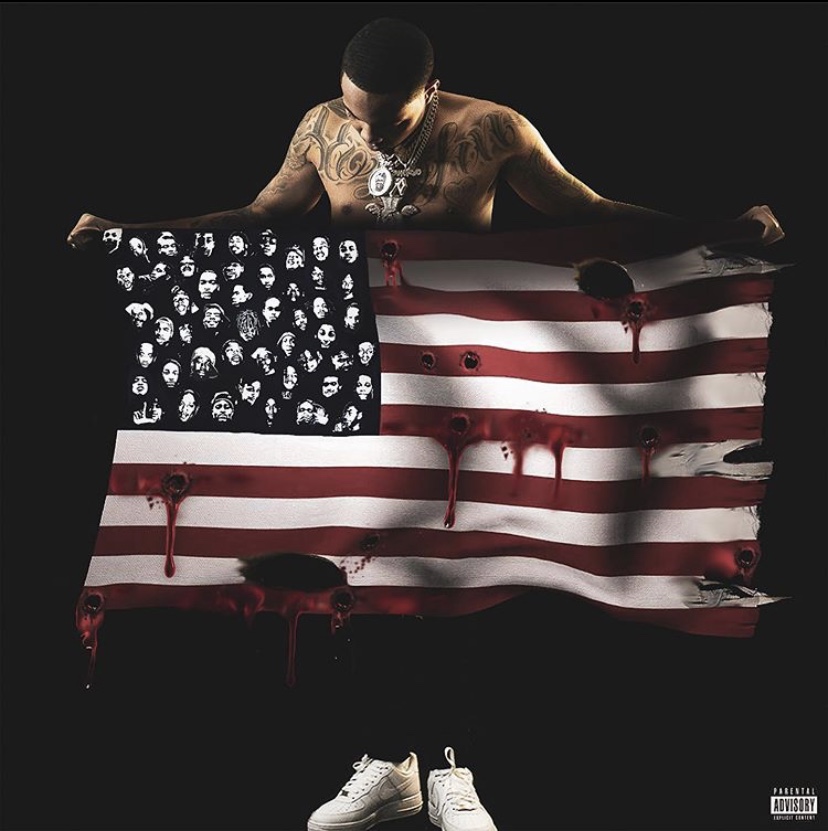 I wouldn’t call myself a G Herbo fan at all. I think he makes good music but it’s never been for me. I started listening to Herbo in 2017 when Humble Beast released and ever since that album my feelings towards his music stayed the same. G Herbo is here with a new album titled PTSD and I have high expectations because of the title alone, an artist can not name an album after something millions of people deal with and have it not be about the topic at hand. I’ve seen too many artists try to bring awareness to certain illnesses, social issues, and troublesome topics through their music but end up not making good connections with the music and subject matter. I really hope that Herbo will keep the theme the same throughout the album and bring good awareness to PTSD.

The title of this album is PTSD so you could already imagine the expectations I have for this album, very high expectations. After my first listen I thought it was a decent to good album, although it met all my expectations I still had to go back to it a few more times to love it and that’s where I am now with the album. Some things that I love about this album is the subject matter, the lyricism from Herbo, and the features. These three topics are what I will be talking about during this review so let’s get started.

Almost all the tracks talk about PTSD and Herbo’s experiences dealing with PTSD. Tracks like “Gangstas Cry”, “Party in Heaven”, “PTSD”, etc. all go into extreme detail about the things that triggered Herbo’s PTSD and the others who are featured on these tracks, for example, Lil Uzi Vert goes into depth on the track “PTSD” about having a war zone in his head and some of the things that lead to this PTSD. I would like to say that it has to take a lot for someone to get PTSD but I wouldn’t know because I don’t know much about PTSD but all I know is that it is definitely formed through a lot of traumatic events, events that I obviously am thankful for that I never had to or have to experience. That is the thing a lot of people don’t understand, places like Chicago, where G Herbo is from, can be compared to a war zone with all the violence that the city is surrounded by. I love tracks like these because the subject isn’t faked, forced, or altered, it’s 100% raw and authentic which is more entertaining and appealing to someone like myself. I love hearing the stories that led to this point in a persons life so this album is definitely a modern day classic in my opinion for this reason, the awareness this album will bring to PTSD is high and beautiful because I feel that not enough people talk about it.

Now since i’m not the biggest Herbo fan I wouldn’t know if he is a regular lyricist or if he was lyrical because this is an important album. I will assume that he is a regular lyricist because he uses his words to his advantage all throughout the album. The intro track in it’s entirety is a pool of lyrics and word play. I don’t have many moments where the lyrics stood out because the times that the lyrics stood out the most are entire songs like “Gangstas Cry”, I can’t find certain lyrics because the whole track is full of really deep and sentimental lyrics that invoke a lot of emotion to the listener. I do understand that there are “hype” tracks like “In This B**ch” and these types of tracks on this album don’t say much with the lyrics and it’s only purpose is to get people hype, basically street anthems, good thing there aren’t many of these hype tracks on this album and that about all the tracks have some sort of message to deliver which is absolutely amazing to me. “Party in Heaven (feat. Lil Durk)” is a really special song in my opinion because of the messages that are delivered from both Herbo and Durk, I’ve found myself to like Lil Durk more and more each time I listen to him and I’m real happy with this feature and the content within the actual track as far as lyrics go. The lyrics in “PTSD (feat. Chance the Rapper, Juice WRLD & Lil Uzi Vert)” are very special from everyone but the one set of lyrics that hit me harder than all the lyrics on the whole album aren’t anything special but are just very strong and invoke a lot of emotion and they come from Herbo and it goes “A million dollars ahead, I’m still angry, seeing red, How the f**k I’m supposed to have fun, all my homies dead” and like I said I don’t think these are anything crazy but it’s just a real thing that is hard to come to terms with as the listener that someone actually feels this way and dealt with this. This track also made me feel a type of way because it is still a bit too soon with the Juice WRLD feature, I am a big fan and it still makes me upset to listen to his music but the feature is gorgeous. Now this next track is the track that made me a fan, “High Speed” makes me feel really good about wanting to be a G Herbo fan because it shows off his ability to tell stories and there wasn’t a time during this track where I wasn’t disengaged, my attention was on the story the whole time and it was a really good story to tell with really good lyrics. Like I said, i think almost all these tracks have good to outstanding lyrics, there aren’t many moments where individual lyrics stand out because these tracks are full of outstanding lyrics that are hard to pull from.

The features on this album are outstanding in my opinion. The first feature that I’d like to talk about is actually the first feature of the album and it A Boogie Wit da Hoodie and this feature is one of my favorite because I like how Herbo recruited a singer for the hook and a smooth verse. Herbo knows he can’t sing that well and instead of risking it and trying to sing himself he got an actual singer which is the smarter route and it also sounds super good to the ears. He does this on the next track. “Gangstas Cry”, again, he knows he can’t sing so he got BJ The Chicago Kid to sing a little throughout the song and at the end of the song which is actually one of my favorite parts of the whole album. I said this a little while ago about Lil Durk but every time I listen to him I like him more and more, he kills this feature and adds a lot of emotion to the track as a whole, Herbo really used these features to his disposal and did a really good job. I’ve already talked about how Juice WRLD’s feature makes me feel and the rest of the “PTSD” track as well. The last really impressive feature is from Polo G, all the features are really good but these are just the one’s I love the most. Polo G has been having a really good come up but I can’t help but think he doesn’t get nearly enough appreciation as he should because this feature is really good, all though it is very subtle in my opinion but it still shows enough of his style which is good exposure for him. One thing that I do love about the features is that out of the 11 features 8 of them are from Chicago so this is another reason why I like the feature list, he brings a lot of people from his hometown to be on his album and is putting some smaller artists on and representing the city of Chicago.

This is a really good album and I’m glad this is the 100th album that I’m reviewing, it keeps the same message from start to finish, it shows off his lyrical ability and on top of that his story telling ability, we get some really strong features which is refreshing, the production is on 10 all the way through the album and includes some extremely hard hitting 808s and aggressive baselines, and also incorporates some really good imagery in the cover art, the 50 stars are replaced with 50 dead friends of his and the flag is stained red from the bloody bullet holes it has. Definitely one of the most real and hard hitting album covers I’ve seen in a while. With all of that being said I will rate this album a 9/10 for the reasons above and for the fact that I feel like this album is a modern day classic and will be looked back on a appreciated for a long time.

Thank you again for being here for my 100th album review. I honestly did not think i would make it this far but since I made it this far I will keep on going, I want to see if I can get to 200. 2020 is looking good for music so far, March will be a great month, I already know it. You should like this post, comment, and follow the page for some real good content, see you all next week for more music reviews.